Children may experience problems with feelings or behaviours that cause disruption to their lives and the lives of those around them. Play therapy provides a child with an opportunity to ‘play out’ their thoughts, feelings and problems just as, in certain types of adult therapy, an individual ‘talks out’ their difficulties. 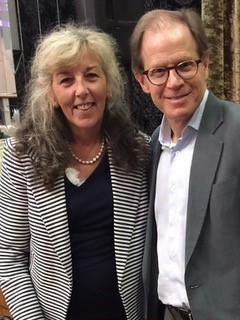 It can be described as being a developmentally sensitive therapeutic modality, in which a trained play therapist uses the therapeutic powers of play to help children prevent or resolve psycho-social difficulties. Play permits the child to communicate with adults non-verbally, symbolically, and in an action-orientated manner. Play Therapists use approaches, interventions, media, and activities that are appropriate to the age and developmental stage of the client.

Children enter into a dynamic therapeutic relationship with the therapist, which enables them to express themselves, explore and make sense of the world in which they live, and resolve any difficult or painful experiences through the medium of play.

Any child can benefit from play therapy. It promotes self-confidence, imagination, creativity, concentration, communication, problem-solving skills, self-esteem, and most importantly the happiness of the child. Play Therapy is suitable for children as young as two or three years old and there is no upper age limit.

Play therapy is relationship based – the power of the therapy comes from the strength of the relationship between the Play Therapist and the child.

Play is the language of children — which is why play therapy can help kids speak the unspeakable.

Dee Ray doesn’t learn how children feel by listening to their words. Ray, a researcher and counselor in Texas, learns by watching them play.

She directs the Center for Play Therapy at the University of North Texas and often works in schools, where she sections off a 10 feet by 10 feet area in a classroom and fills the space with toys — a child sized kitchenette, puppets, a bop bag that a child who needs to work out some aggression can punch.

With one client, the toy that led to healing was a snake. The interaction involved a 5-year-old Black girl who attended a school where 90 percent of her classmates were Latinx and white, Ray said, obscuring some details to protect the child’s privacy. During their second session together, the girl chose a toy snake to play with, then covered it in sand in an effort to make it white. If the snake were black, people wouldn’t like it, she told Ray.

The child’s game prompted some simple, empathic reflections from Ray: “It seems like they don’t understand her. They don’t know that she wants to be their friend.” But the child’s imagination led their time together. The snake got sick, and she nursed it back to health. She made sure it had a safe place to sleep and helped it make friends with other animal figurines.

To Ray, this was progress. In the first session, the child had simply shown interest in the toy. Now, she’d gone deeper, using the sand and playing out different scenarios. By caring for the toy, the child showed confidence that she could accept and nurture herself, even in the face of adversity. The therapist had affirmed how she felt about being excluded because of her race. It was painful and confusing for the girl, but it was also a normal reaction.

“She was the one who had to figure out how to work through it,” Ray said. “If I were to say, ‘This is because of racism and this isn’t your fault,’ it shuts down her expression of what she’s experiencing.”

Play therapists encourage children, typically between ages 2 and 12, to express their thoughts and feelings through playing rather than by talking about what’s happening in their lives.

Ray practices child-centered play therapy, in which the therapist follows the child’s lead while witnessing and narrating. In other approaches, the therapist eventually takes a more directive role, engaging the child in activities intended to teach something and reorient behavior.

What unites them all is the belief that play itself is therapeutic. The toys, musical instruments or art supplies aren’t used to keep children busy or distracted while they talks through problems. Instead, play gives them an opportunity to “work out the trauma in their bodies,” said Paris Goodyear-Brown, a play therapist and co-founder of a treatment center in Franklin, Tenn., called Nurture House. “Play provides a sense of competency for children.”

Play therapy has been around since the 1940s. Some researchers trace its origins to Anna Freud and Dorothy Burlingham, psychologists who worked with British child refugees during and after World War II. In the United States, Virginia Axline, a psychologist, developed the child-centered approach and popularized it through her 1964 book “Dibs In Search of Self,” about the progress made by a reclusive child with whom she worked.

Recently, driven in part by a groundswell of public interest in trauma and trauma-informed care, academics and practitioners have been focusing play therapy’s potential for kids with Adverse Childhood Experiences, or ACEs. These children have been neglected, abused or exposed to violent conflict at home. They’ve often also experienced community-level ACEs, such as enduring poverty or racism, or witnessed violence in their neighborhoods. The effects can be long lasting. People with ACEs are at increased risk of anxiety, depression, substance abuse, and chronic physical health conditions such as diabetes and cancer later in life.

Play therapy can reach children who have experienced ongoing stressors or multiple traumatic events in a way that talk therapy can’t, said Goodyear-Brown. “There’s so much wisdom inside little people, and they just don’t have all the ways of showing and telling that adults do.”

What many of these children have experienced is “unspeakable,” she said in her 2018 TEDx talk, so leading with words isn’t the way to reach them. Because some children’s traumatic experiences began before language developed, encouraging a verbal account of what’s happened might not elicit much.

When kids struggle to regulate their emotions and thoughts, their behavior can just look like acting out to adults in their lives. But what they’re searching for is a sense of control, said Diane Stutey, an assistant professor in the department of counseling and human services at the University of Colorado, Colorado Springs.

In 2015, Stutey and her colleagues began a study at an after-school program in the South with Black children between the ages of 5 and 9 who were exposed to ACEs. For many of these kids, the lack of control they felt in their lives expressed itself as anxiety. First, the researchers engaged the children in individual play therapy, and then in group play therapy.

At the end of the study, the students reported feeling less anxious. Their teachers, who were also surveyed throughout, said the students had been less disruptive in class after six weeks of playing one-on-one with a therapist and six weeks in a group setting.

Stutey described one child who repeatedly sharpened his pencil until it was down to the nub. What was to him a self-soothing ritual was distracting to his teacher. “They were seeking control in ways that could be seen in a school setting as acting out or misbehavior,” Stutey said. “Really what they were trying to do is figure out, ‘Where is my place where I am safe?’”

This child’s search for safety was evident in the playroom. He moved quickly and without much focus, picking up a toy briefly before putting it down and speaking erratically. But, after becoming more comfortable with the therapist, things changed. He could sustain calm interaction with a toy and talk about how he was feeling.

“In the classroom, they’re being told, ‘no.’ They’re being told, ‘stop,’” Stutey said. But play therapists met those same behaviors with what they call “unconditional positive regard” or witnessing the behavior without expressing judgment. So the child received the message that being himself was OK.

Once adults ceased telling the child to stop, “you’d almost see the anxiety melt away,” Stutey said. During play therapy sessions, the child eventually developed other more acceptable coping skills that he could use in class.

Play therapists typically see students with ACEs in schools or after-school programs. They also work in outpatient clinics or pediatricians’ offices. But because of physical distancing, play therapists, like other mental health professionals, are working with children online.

A therapist might drop a box of toys off at her patient’s home before a session, but often children don’t have what they need to engage remotely. They may not have access to a computer or tablet for the length of a 50-minute session. They may not have the privacy they need to feel comfortable sharing their experiences honestly.

For many of these kids, the world already felt unsafe. Now they’re living through a global pandemic in which they’re constantly told that previously innocuous activities pose a threat. They’re watching or hearing about police violence targeting Black people. “We’re getting ready for what we think will be a wave of need on the heels of this,” Goodyear-Brown of Nurture House said. “We’re going to have to support families in relearning how to manage anxieties outside the home.”

Dani McClain reports on race, parenting and reproductive health and is the author of “We Live for the We: The Political Power of Black Motherhood.”

Our children need your support to sustain these essential interventions. Donate Today